Let me preface my question by stating that I have to use the talk to text feature on my phone on the app to ask this question because my shoulder is all jacked up, so please forgive any spelling or sentence structure errors.

What advice would you give to a soon-to-be first time homeowner?

We put in an offer on a beautiful completely renovated 1950s bungalow, and it's pretty much turnkey aside from needing new paint, and some fairly thorough cleaning of the hardwood floors. The house was at the very top of our price range.. we were preapproved for 300,000, but I didn't want to go that high so it's lower than that, but not by much because we bought in a very popular West Coast city. Three bed two bath, perfect in every way except that it's on a busy street. It has a mudroom, beautiful tile work in the bathroom, in the bedroom has beautiful French doors that lead onto the deck. Basically this house is way better than I thought we would be able to get in the very popular high-priced housing market that we are in. So I feel like there must be something awful I must be missing. Especially because I don't know what I'm really doing since I'm handling this whole buying a house thing and this is my first time.

I've been saving up a down payment for the past four years and have worked multiple jobs at one time to save up the amount we have saved up. By my calculations, we will have about 8-10 grand left after our down payment is processed. And about 5 to 6 grand of that is going to go to closing costs. I would've felt a lot more comfortable with a 10 grand cushion after closing costs, but we will only have 3 to 4000 as a cushion when we move in. Actually- another one grand of that will go to various inspections and other miscellaneous required costs; so really we will only have 2 to 3000 as a safety net when we move in.

I feel like I'm missing some unexpected housing expenses because this is the first time we've ever bought, what else should I expect to have to pay for in a relatively turnkey house? Did I save enough money? That is my biggest concern. We will have about two more months to continue to try and save away as much money as we can, because I negotiated with the sellers to give them extra time to find a new place to live in exchange for them leaving behind their very nice relatively new washer and dryer.

Please homeowners, shower me with any advice or criticism you have! I need the help... If I listened to my husband we would be living in a van down by the river with NO savings.

I've been doing weight watchers for a little over two months and I've lost 12 lbs. These two months have been relatively easy compared to previous times when I've done WW.

Then the other day I was sick. I think it was something I ate, or maybe something to do with my IBS (which is quite new to me and I'm still figuring it out). I felt too icky to eat the day after vomiting. But since that I've felt starving almost constantly. Problem is though, all the lovely food I normally eat as part of the WW plan turns my stomach and instead I want fatty processed meat, McDonald's, chocolate (not normally a huge chocolate lover) and other crappy crap.

So, to my actual question... Do you think my appetite these past days is because I was sick and didn't eat for a day? Or is my body fighting back from the healthiness I've been inflicting upon it?

Side note: I'm definitely not not pregnant. I'm currently trying to get pregnant so I'm watching my cycles like a hawk and peeing on sticks like a crazy woman, so I'd know if I was ;)

Do any of you guys use fidget toys*? I have anxiety and I usually just use my phone but I've been trying to cut back on that. It kind of makes me look like a jerk in public (At least I think so.) so, I'm trying to find a small and quiet sensory/fidget toy to help. I don't know what's the best! I want like...a keychain type deal and a stress ball doest help. It needs to be pretty kinetic.
[What I&apos;ve found] 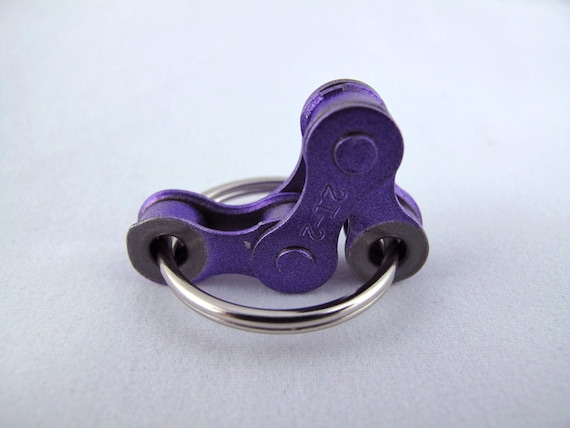 What'd you do this weekend, TQC?

I made a spontaneous trip to Disney's California Adventure.
Collapse