I want to make a jug of hot tea and put it in the fridge (unsweetened) to drink throughout several days. Does anyone know what is a safe amount of time to keep it in the fridge? Google says anything from a day to a week, and no credible sources.

Any suggestions about where to buy maternity clothes? Maternity clothes that don't cost $80 for a t-shirt? I live in Canada, travel to the US frequently, and don't mind ordering stuff online.

What questions would you ask of potential housemates to find out if you'd be compatible?

What's the last mistake you made that required something dramatic to fix it? Inspired by me forgetting to put the guard back on when cutting my hair. The sides weren't meant to be this short. But I really actually like it.
( Collapse )

Have you seen this turtle?

I got a new used car recently and this turtle sticker is in the rear window. I've done some image searches but didn't find anything using the same design. I'm wondering if this is just a random stylized turtle sticker or if it's a specifically stylized turtle sticker. Like, I don't mind leaving it there if it's just some Hawai'ian turtle, but would rather remove it if it's some kind of coded Nazi/Illuminati/Republican turtle. 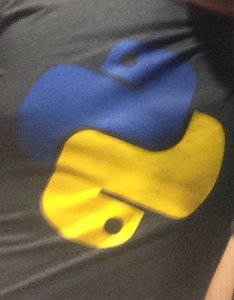 Any idea what this image is from? It's not a pair of Nazi/Illuminati/Republican snakes, is it?

If a sexual partner suggests/tries something you're not comfortable with, how would you react?

TQC, lately I've found myself very sensitive to people mispronouncing names. I've been filling in at another store, and one of the girls working there is named Diana Rodriquez (name changed, obvs). There's an older woman there, and she constantly calls her Diane. She flat out refuses to call her by her given name. I don't know if it's her being obstinate and trying to Americanize Diana's name, or if it's just a simple mistake (that she repeats...every time she says Diana's name). Diana expresses her distaste over it but the woman is technically her superior so she puts up with it in favor of workforce harmony. Am I wrong for being so annoyed by this, or is this just as rude as I am perceiving it?

Related, I was at the Apple store, waiting to check into a Genius Bar appointment, but had a girl ahead of me picking up her macbook. She gives the guy her name and he makes a big deal out of not being able to pronounce her last name (Vasquez). He had her repeat it before he got on the walky talky, then told her he still wasn't going to be able to say it and went on to butcher it intentionally. I can understand if he was honestly struggling with her name, but he was definitely "putting on," so to speak and was trying to be funny. The girl kind of giggled over it but seemed embarrassed. Is this worth sending a note into Apple over?

IDK I have a boring, bland name and don't really ever have to worry about people mispronouncing it, but I find it really bothersome.

TL;DR: When people intentionally mispronounce a name, should they be corrected?

and, DK/DC: do people ever mispronounce your name? How badly?
Collapse