I have a ex co-worker whom I went out drinking with 2 weekends ago. We had a good time and I don't have many friends in my city so it was nice to make one. Anyways, I just facebook messaged her (it was 12:30am) asking if she wanted to go out this weekend and she replied "I'm in bed. Maybe."

It seems like she was annoyed that I facebook messaged her that late. I mean obviously it alerted her phone but she doesn't have a job currently and IDK I just feel like I made a social blunder :( I do not have my facebook connected to my phone and I turn my phone off at night as I don't want to be bothered.

Was it really wrong of me to contact her that late?
Do you keep your phone turned all the way up when your sleeping?
Am I over thinking this?
I feel weird and don't even want to go out with her anymore :(

My coworker said she thought my boyfriend was gay when she met him. How would you react if you were me?

I haven't seen the new Star Trek movie 'Into Darkness',

1. From what I've seen from the trailers, and from what I've seen in the first movie, it looks like Kirk is leaping over a cliff, and Spock is jumping off a building or something, and a lot of leaping off things is happening. What is it with the Enterprise crew and freefall? What does the Federation have to do with basejumping?

2. Do you feel that hiring actors from cult comedy movies like Harold and Kumar and Shaun of the Dead is the best way for you to get to know support characters Sulu and Scotty?

3. Spock is half vulcan/half human, and it's never been more apparent since the reboot of the franchise. He's more emotional in the first movie, and his emotions seem to be on the surface more than ever, seemingly a drawback, as it limits his ability to be completely logical and 100% effective. Is humanity just a cluster of destructive, contrary emotions that somehow manage to not destroy itself, or does have humanity have a lot of value as a species that go beyond emotions?

4. Do you like Abram's vision of the Enterprise crew, or the original vision?

TQC, I'm starting a full time job on Monday (yes, Monday). I need ideas of lunches and dinners to take to work! I'm not sure if I'm going to have a fridge or microwave at my disposal, but since it's a call center, I'd imagine that those things come standard since there are so many people? I'm already planning on taking yogurts, cheese sticks, jarred salads, lunchmeats/cheese for rollups, dried fruit and nuts. Sandwiches are kind of out of the question since I'm eating gluten free these days. What do you take for lunch?

If you think lunch is for sissies, have you ever worked in a call center? How was it? I'm nervous to start -- it's a collections center so I know I'm going to be dealing with a lot of unhappy people.

For our anniversary in February, I bought my girlfriend jewelry from Tiffany's. I myself have a couple of Tiffany's pieces and thought they were pretty high quality. I spent around $250 on a sterling silver necklace and she's been wearing it every day; she has yet to take it off. Now it's end of May and the thing is starting to tarnish really badly-- the pendant as well as the chain. My gf wears a lot of rings, all of them sterling silver (most of them cost under $30), all the time without taking them off, and they haven't tarnished at all over the years.

WHY IS THIS EXPENSIVE PIECE OF CRAP TURNING BLACK?

What does it mean when all the cows in a field are sitting down? Was my mother right about that?

Say you find a profile of a friend on a dating website.  They've obviously tried to obscure their identity (no face pics, didn't use their own town, etc), but you're not sure how much they realize how immediately identifiable they are.  There are some details you know would possibly be embarrassing if other friends/family found out (example: they're married and looking for casual sex).  Would you tell them you found them?

Have you ever found out any secrets about your friends or family from the internet?

When's your birthday?
Do you know anyone with the same birthday as you?

Mine's tomorrow (May 23) and the only other person I know who has the same one is a guy I work with, which I think is kind of a weird coincidence because there are only ~9 employees at my workplace.

Today I was a substitute in a small, special education (Autistic) class.  In addition to me, there were 3-4 aides in the classroom all day.

One aide had a REALLY bad attitude towards me but, more importantly, the students.  In particular, I didn't agree with how she was treating one of the little girls in the class. TWICE, she pushed/shoved this little girl.  Once, the little girl was attempting to hug her, and the aide pushed her back, using more force than I thought was necessary.  A second time, we were in the Occupational Therapy room and the aide was on the OT swing (I have no idea why) and REFUSED to let the little girl on the swing.  When the girl approached her, the aide put her hand flat against the little girl's chest and shoved her backwards.  Both times I didn't feel like the little girl was in danger of being injured (I definitely would have said something if I had), but I felt like the aide was using more force than necessary on an 8-9 year old, Autistic little girl.  Mind you, this little girl did NOT exhibit any violent behaviors at all today, but I'm not sure if she has had violent outbursts in the past.

The same aide was also speaking VERY harshly to this little girl and the other students.  Her tone of voice was very angry and frustrated.  It's hard to explain but, as a certified teacher, it's definitely NOT how I would EVER speak to my students, especially students who have learning/emotional disabilities.

So, would you have said anything to this teacher or to the staff at the school?  I didn't say anything, but was very uncomfortable by how she was treating the students.

Edit/Update: I obtained the classroom teacher's E-mail and will be contacting her about what I observed.  She can be the one to decide what to do from there.

What is your favorite wine? 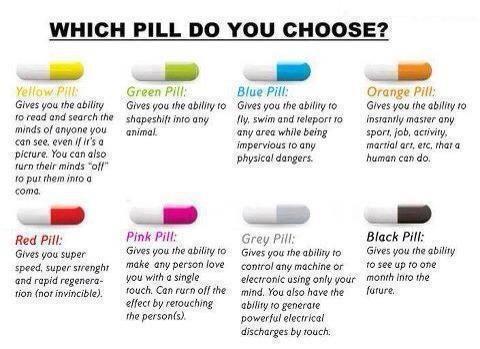 Which would you choose?

What's the most you would pay for a used Kindle Fire in good condition?  Don't like the Kindle Fire, what ereader do you suggest in it's place?
Collapse