What kind of person are you?

I find myself the kind of person who is a "to a fault" person. Forgiving to a fault, giving as a general rule to a fault, sympathetic to a fault, etc. I want to believe in the good of people, and I want to see the success of people as a general rule. I'm not selfish, I believe other people unless explicitly proven wrong, and I offer as much of myself as possible even to strangers. Essentially, I have almost no self-preservation and am entirely giving on almost every level. This is probably not the best of habits. :/

What is your favorite video game? Mine is Minecraft, followed by Sims 3 or Zoo Tycoon 2.

When do you usually do your holiday shopping and wrap gifts?

I'm already done with all my shopping unless something else catches my eye. I have an urge to wrap everything tomorrow. I feel like it's crazy-early for that, but I'm 8 months pregnant so I kind of want to get it done so I don't have to worry about it.

I updated my blog with a vaguely personal post about my mental illness and how I was going to fight it and be happy whether I liked it or not (basically I just want to stop suffering and am going to struggle through it as best I can).

It's raining on the East Coast, of course, and here in Seattle as well, though not as badly. What are some good songs about rain?

Do you still have a favorite stuffed animal/plush/similar? If so, would you like to share a picture?

Or, if N/A, would you like to tell us or share a picture of one of your favorite toys as a kid? 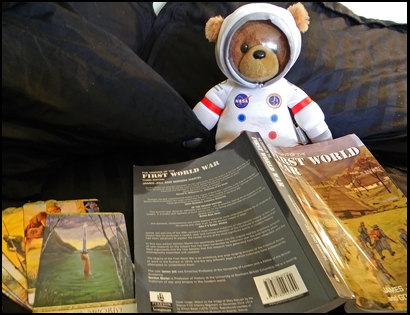 Is it stupid to pay $45 for a haircut when I pretty much never leave the house?

Has anyone figured out to over-ride or work around (through custom CSS maybe?) that horrible new friends page? I realize it's still in beta, but I'd loooove to have a fix in my back pocket in case they decide to ram it down our throats with no option to opt out.

did she forget about me?

Oh hey guys, I just remembered that I still have an LJ account.

What colour should I paint my nails today: forest green or magenta? I might do a copper-sparkle accent nail too, if that changes your answer.

I'm going to go over to a boy's house tonight to make him supper and listen to records and watch a shitty horror movie. Should I wear plain (but cute) underwear, or ~fancy~ underwear?

I'm eating a giant plate of french fries doused in vinegar and covered with lots of salt and pepper.

Should I wear a costume for work tomorrow?
I work in retail, if that makes a difference.
If yes, what should I go as?
Will you be dressing up as anything tomorrow?
Pix!

Posted via LiveJournal app for iPhone.

Will you tell me who your favourite athlete was at the 2012 Olympics (and why, if you feel so inclined)?
Ditto for your least favourite (if you have one)?

What are some of your favorite ~classic~ movies that you could watch over and over again?

Help me out, TQC! A coworker is dressing as Rosie the Riveter tomorrow, but doesn't want to if she'll be the only one in costume.

Can you please recommend a kick-ass lady I can dress as? Bonus points if it's super easy (I don't have Victorian-period clothes just hanging in my closet) and if the lady was kick-ass in a positive way (pirates are great, but I'd like to promote legal and ethical habits to my students).

Is banana bread a dessert?

I only have one box of Capt Crunch and I want to make it last. How can I prolong the chrunchtasms???

What are your thoughts on NBC's new TV show The New Normal?

TQC. I am at a Comedy stand up night alone. None of my friends came an while I was waiting, I drank a touch too much rum. I am also right at the front. How well can this go?

has there ever been a time when you were embarrassed of something that actually isn't anything to be embarrassed about?

around the ages of 7-11 i was so embarrassed of not being able to swim... i used to skip out on pool birthday parties and even used to lie about being a great swimmer. since then i've learned how but wow, it used to be such a sensitive topic for me.

Just out of curiosity, but what do people on here think of the term "redneck"? For example, how would you respond if someone were to tell you that it's just as bad and offensive as the N-word?

(Note: I obviously do not believe that the term "redneck" is anywhere near that level of offensiveness....however, I've ended up in an ongoing argument with someone online who DOES believe it >_<)

Why won't ONTD accept me as a member? Am I not good enough for them?

What are some things I should consider when buying a used car?

Evidently the new friend's page is enough to cause a mass exodus. Are you like me and don't give a fuck or are you going to leave, too?

I have a very religious, very conservative mother-in-law who has never given up the belief that her children should do what they are told. She is convinced that because I am on the pill, I have doomed her son to Hell. We don't want kids now, and may adopt later in life, but there are at least 100 reasons why I should not physically carry a child.

My mother-in-law routinely writes us letters about how we are going to hell, sends us religious newspaper clippings, and has left pro-life propaganda in my home. She also routinely sends us nutritional information about diets she thinks we should be following. She literally sent us propaganda shortly before Thanksgiving last year saying that taking the pill was the same as committing murder. Then she came and ate Thanksgiving dinner at my house, with me, THE MURDERER.

My husband's method of dealing with this is similar to hers. She writes these letters, but never speaks about it to our faces. He receives these letters, but never brings it up. That's REALLY not my style, and I'm very fed up. I really want to either write her a letter myself or talk to her about how offensive her actions are. I'm tired of finding things around my house after she leaves. I'm tired of getting her stuff in the mail, and for the love of God, her son is an adult and is free to send himself to Hell if he chooses.

My husband is terrified of the day I finally snap. I've told him that if he doesn't tell her to stop, one day I'll probably go off on her and it will be much worse than if we planned to talk to her about it. I know she's going to cry, because she's one of these people that uses crying to get her own way. I know myself and I know that one day she'll go too far and I'll lose it.

I should also mention that my husband sends his mother a great deal of financial support, fixes her car, does a ton of stuff for her, so I doubt having a conversation with her means she will cut off contact. Without us, she could not afford her apartment.

So, TQC, should we plan a talk with my mother in law, write a letter and not talk about it, or just wait until my notorious temper reaches it's limit?
Collapse