What are some good things to cook while camping? I am bringing a single gas burner to cook on.

How creepy is this?

Holocaust survivors competing to see who is the most beautiful best...?!?

How do you feel about beauty pageants?

I personally don't care for them and some of them make me really really uncomfortable.

So I read the first book a few months ago because everyone at work was going crazy over it. After reading it, I'm majorly side-eyeing them, but that's beside the point.

I am vaguely curious about how the series ends, but not nearly enough to read another 1000 pages of this garbage. Spoil it for me please?

If there's a movie coming out that's based on a book, would you rather read the book or see the movie first?

Which book to movie adaption has been the most similar? Most different?

I moved into a condo about... 6 months ago? Everyone is really nice (that I've met) but I have one neighbor (that I apparently have not met) who I can hear from my bedroom every morning (or at least every other morning). Its not an all day thing but its usually between 7am-9am and I am confused about him.

He seems to always be angry and SCREAMING. Lots of profanities, what woke me up this morning were several loud "what the fuuuuuuuuuck, WHAT THE FUUUUUUUUUUUUUCK"

I have neighbors with small kids and I can't figure out if they've complained/ why they wouldn't complain. I was told to just shut my window, but my bedroom is on a second floor and it gets hot in there. He's not right next door either, he's (I think) in the next "group" of condos across the street.

Its not a "quiet time" by law or whatever, I think? But is there anything I can do? Do you suppose there's something medically wrong with him and that's why no one does anything about it?

OR if you don't know: tell me about your annoying neighbors?

what was the last thing you bought that would be considered the last of?

like, you bought the last box of cereal on the shelf or you bought something before the promotional offer expired.

what store or business do you frequent the most?
why?

I found that most of the people in LJ know little about my country, I think that is not good.
Just submit your questions here or to my blog, I'd like to make you know more about China and Chinese. 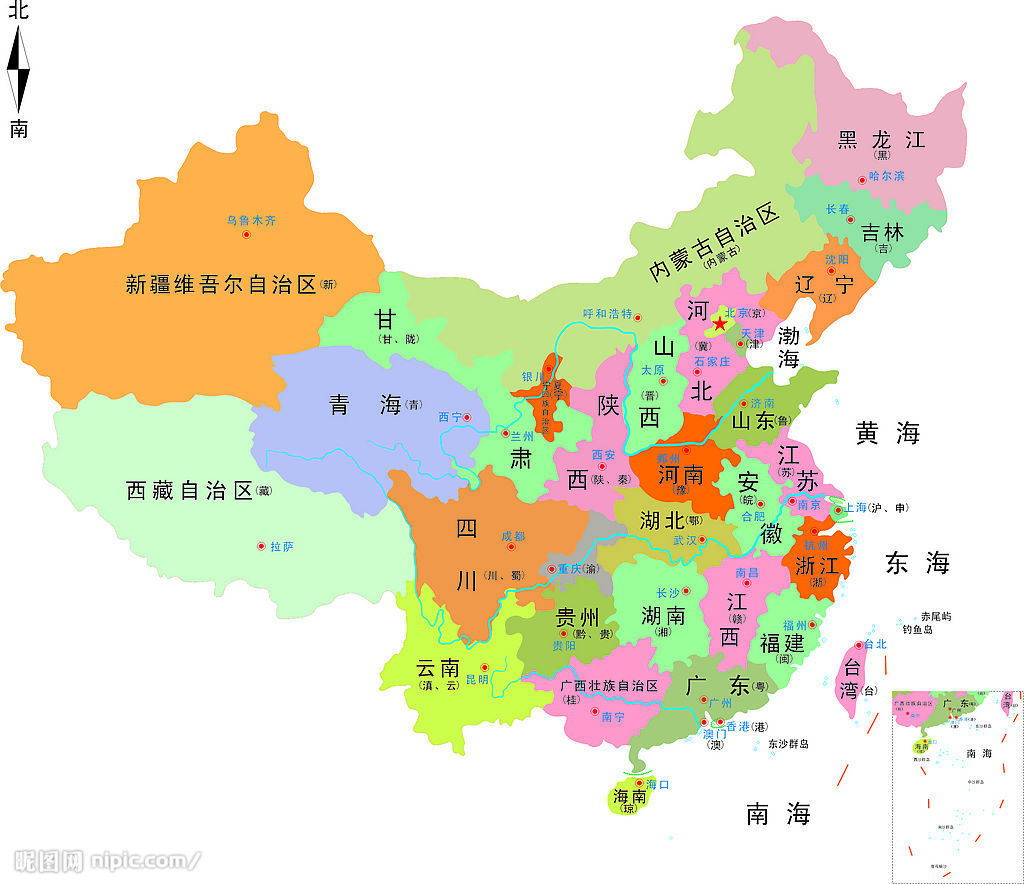 Wow, so many questions were posted, I will answer you after work.

I have some delicious breakfast sausage I need to cook before it goes bad...any creative ideas for how I could incorporate this into a dish for dinner? I was thinking of dicing it up and maybe blending it with some rice or pasta, but I just don't know.

1. I just got our electric bill (for the last half of May and first half of June) and it's $200. That's higher than it's ever been. This is seriously throwing off my budget. =(
What's the last unexpected bill you got?

What is your favorite Kate Winslet movie?

Mine is Heavenly Creatures.

Will you tell me about a particularly memorable poop or otherwise gross-out situation in your life?

How long do you think it would take you to spend $20,000 if you went on a shopping spree? What would you buy?

I adopted a cat 2 weeks ago. When I got her, she had been having diarrhea. The woman who had been taking care of her had taken her to the vet and the vet believed it was stress related because she was traveling with another cat from the rescue who wasn't very friendly towards her. After I got her, I fed her moist food (friskies) with some powder that the woman from the recuse gave me that is meant to help with upset stomach. This week I switched to a white rice and chicken mixture (as instructed by my vet's office), still using the powder mixed in. I feed her a cup of the chicken and rice in the morning and then for the rest of the day she's allowed to eat dry food.

Anyway, she still has the diarrhea after having the rice and chicken mixture all this week. How long should it normally take for the diarrhea to be cleared up using this method? I haven't been able to get her to the vet yet (hopefully next weekend if it continues), but she's completely fine in every other way. She's very energetic and friendly and she's doesn't appear to be dehydrated (has skin elasticity and is drinking water).

Have you been to a hookah bar? Did you enjoy it?

I went to a hookah bar for the first time last night and I enjoyed it; I can definitely see the appeal. But I can't help but wonder where the surge in popularity came from (in the US, that is).

so i live on long island but i'm supposed to be moving to delaware today. i don't have a car so my friend from delaware offered to drive up to long island, pick up me and my stuff, and drive me back down.

he just called me from somewhere in brooklyn and said his car has been having trouble accelerating and that smoke was coming out of the tailpipe so he doesn't know what's gonna happen. he has AAA so he's going to see if he can get towed somewhere but then what? what happens when your car breaks down and you're out of town? what happens if he can't afford the repair up front? i am flipping out here.

I will have a buffet directly across the room and would eventually want to get a smallish coffee table. The only thing I'd want to put on the side of the couch would be an end table. Any other furniture can be left out of the room if need be.

I just don't want the room to look STUFFED and I'm having a hard time visualizing things.

****Thank you, everyone. I am feeling pretty confident it will be a good fit, but I'm going to try to get into the apartment tomorrow to tape it all out.

1.Do you still have that Aerosmith tattoo?

2. Have you had your 15 minutes of fame yet? Why were you in the news?

3. Apricots are 99 cents per pound. Why didn't you buy some?

I hate taking care of babies that can't talk, walk, wipe their own butt yet. I refuse to watch my brother's 13 month old because of all of the above - I just don't like the hassle.
( Collapse )

What would you do if you suddenly became the (legit) owner of a lottalotta money? Like, if you won the lottery, or had a super-rich-aunt-that-you-didn't-know-about who left you a HUGE inheritance upon death or something? Like, millions and millions of dollars. Enough money that it would make all your current financial woes disappear, plus enough to set you up in your life and enough to live it out comfortably. What would you do?

TQC:
So today I met this guy on the bus. We randomly sat next to each other and ended up talking for the duration of the bus ride until I had to get off (about 20 minutes). He was REALLY cute, he's my age, and we seemed to really hit it off. Conversation between us was constantly flowing- it wasn't awkward at all. Sometimes I get really awkward when I first meet people, but with him there was none of that.
I didn't ask for his number when I reached my bus stop because I didn't know if he had a girlfriend or if he was just making conversation and wasn't interested in me. He has a pretty distinctive first name, though and he told me what college he went to. With this information, I was able to find his email address (I can't find him on Facebook, though- he must be super private). I am 100% sure this is his correct email address.
Should I email him, or would he take that the wrong way? I don't want him to think I'm this random stalker girl or anything like that, but I would definitely be interested in going out with him. If you were in this situation, what would you do? Would you just brush it off, or try to get in contact with him?
Thank you!

I'm getting back into running. There's a running clinic tomorrow morning. Should I go?

Pros:
- It's free. Free is always good.
- I could use all the help and inspiration I can get.
- It'll be a nice way to socialize with like-minded people.
- If the TARDIS materializes in my yard and/or the Zombie Apocalypse occurs, I'll be that much more prepared.
- If I'm going to keep up the every-other-day run, tomorrow is a run day.

Cons:
- It starts at 9 AM, and the temperature will be well into the mid-80's. It'll last about an hour. (I've been running at six-thirty AM lately.)
- I've been making a habit of going to the Farmer's Market (yay local organic produce!), which is only open from 8 to 11 AM.
- I'm afraid I look like a hunchback when I run, and running in front of people might confirm this.

DK/DC/Running is for masochists and superheros: is there something that you usually do nearly every weekend? Lunch/dinner with somebody, housecleaning, etc...

I bought something on Etsy on June 16. How long do I wait until I start worrying about it not being here?

I messaged the shop owner a few days ago asking if it shipped and got no reply. The shop has 100% positive reviews, is located within the country, and is not on vacation or anything. Per the shop policy, it should have been shipped out on the 20th.

Normally I'd be more chill but I need it in like 10 days for a costume, so if something is wrong I need to go find a local source to buy from soon.

What do you imagine your life will be like when you're "older"??

Open to: All, detailed results viewable to: All. Participants: 20

It looks like I'm going to the Netherlands (Holland) again..in Oct. Where should I stay this time?

What do you think would be harder: knowing when you were going to die or what was going to kill you?

Have you ever won something in your life? Like, the lottery, tickets to a concert, a trip, etc.

Inspired by me winning tickets to a Mike & the Mechanics concert.

Painting small spaces with cats- how does one do it safely?

I want to paint my living room, but am worried about the fumes hurting my cat. My flat is frickin TINY, so even if I lock him in another room he's going to be right beside stinky paint room (not to mention he'd destroy the place after being locked in a room for that long). I don't have any friends that could take him for a couple days, either :S. Ideas?

What are your favorite movies about romantic love?

what are some ideas of things to do in new york aside from the typical, touristy stuff (like ground zero, musiums, central park, ect..)?
TQC, will you do me a favor and list for me all of the human and vaguely human-esqe supernatural creatures you can think of (that are not zombies)? Even creatures that are more animal but could conceivably be personified.

And I know I'm probably forgetting a ton.

ETA: You all are fantastic. Thanks!

While we're at it, which of these creatures is you favorite?